What to take on a picnic?

Picnic is a great idea for an afternoon with family or friends. Eating together on the fresh air with games and play on a meadow – sounds great! How to prepare tasty and healthy snacks on a picnic? Which dishes will be the best? We not only advice on what snacks you should prepare on a picnic, but also present proven recipes for tasty picnic hits!

Picnic dishes should not be complicated – we will eat them in rough conditions with no access to rich tableware. Simple dishes that can be held in hand without need to cut them on a plate are a much better idea.
The perfect idea is so-called finger food, that is, dishes that we most often serve on parties. Those are e.g. vegetables cut into bars and served with dips or spreads, such as hummus, guacamole, or baba ghanoush, which is a tasty Arabian dish made from eggplant and sesame. Ambitious people can try making homemade pizza dough and preparing mini pizzas with any mix of ingredients: vegetables, mushrooms, ham – everything that daily appears as pizza topping in pizzerias – will be perfect choice. You can either bake mini pizzas or make a bigger pizza and cut it into slices at home.
Simple salads, e.g. wrapped in tortillas so that they can be eaten without a plate and not from one bowl are also a great idea. We should remember to choose salads that have a relatively dense structure and do not contain tomatoes or raw cucumber, which most often release water and make tortilla soggy with an unappetising appearance. 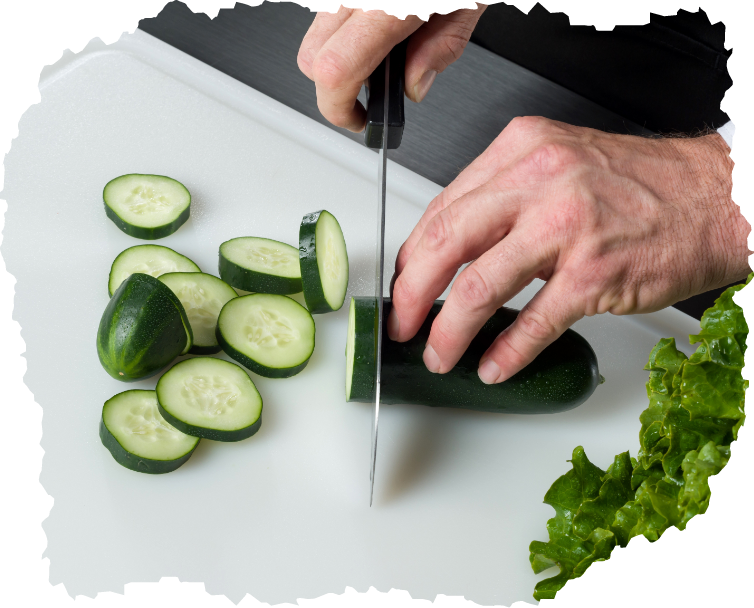 Cheese salad with cucumber and chive

Grate the cheese on a grater with big holes. Dice cucumber into small cubes, remove 4 blades of chive from the bundle and chop the rest finely. Add spices to taste. At the end add mayonnaise. The salad should have a dense form slightly similar to a spread. Place it in the middle of a tortilla and wrap into an envelope. Fasten the envelope with a blade of chive. Bon appétit!

It might seem that sandwiches are e.g., hardly an attractive proposition for a picnic dish. They remind of boring snack to school or work, but if we prepare them in an interesting presentation, we can successfully take them for a feast outdoors. There is plenty of recipes for interesting sandwiches – we should remember that if we make sandwiches with meat, then the picnic’s menu should also contain a vegetarian version. More and more people decide to go vegetarian.

Sandwiches with salmon, avocado, and mustard

Cut the bread in half to make a sandwich. Spread a thin layer of mustard on one half. Prepare avocado: cut it into smaller pieces and crush into a spread with fork (the spread does not have to be smooth). Spread it on the other half of the sandwich. Place slices of salmon and rapunzel in the middle and assemble picnic sandwiches. 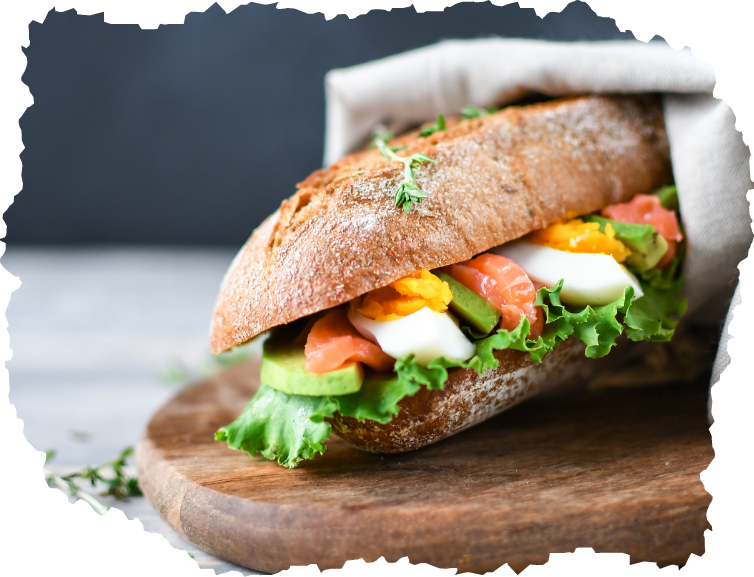 Of course, we can also take something sweet for a picnic! The perfect sweet snack should be small and should not leave smudges. A sesame-based snack (e.g. Amki Superfoods or Amki Sesame Snaps ) can be a great idea because of the handy package, great taste, and favourable characteristics. Sesame is the source of fibre, protein, and healthy fats, as well as vitamins and minerals. In addition, Amki Superfoods contain valuable ingredients in the form of expanded grains: amaranth, buckwheat, millet, and quinoa, so they are also a great source of microelements. Sesame snacks will perfectly add energy after activities done together on fresh air. See more about Amki Superfoods.

Or maybe a cake?

Certainly, not every cake is suitable for a picnic. Any pastries that contain whipped cream or other creams, with which it is easily to stain oneself, definitely are out of the question. However, we can prepare a great cake, who even people preferring savoury dishes will like. Halva cake with cherries in the form of an elegant tart will be the perfect answer to question What is on the picnic?. The cake contains a small amount of wheat flour, but it has tasty and healthy fruits. Remaining ingredients are simple and easy to buy. The cake can be prepared in several minutes and the result is always great! See the whole recipe 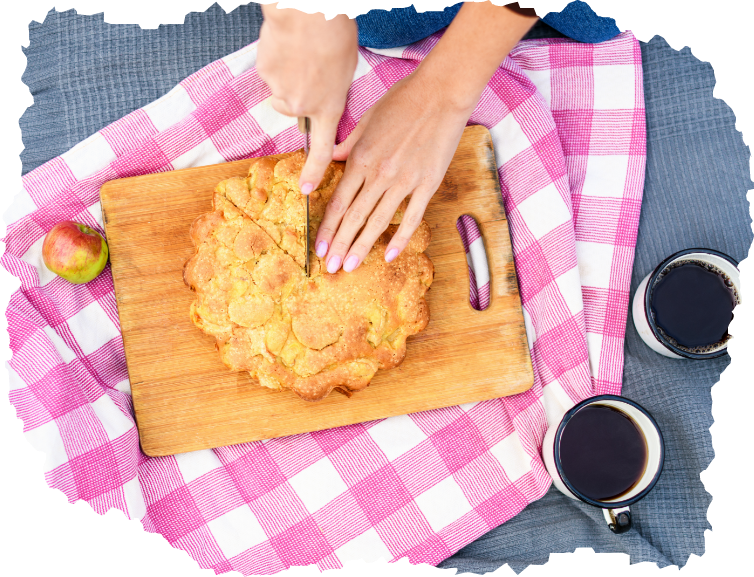 What to take on a picnic from home?

When packing a picnic basket, we should obviously take snacks, but that is not everything! Also prepare napkins or refreshing wipes. Paper plates and cutlery will also come in handy despite the fact that picnic dishes should be possible to eat from hand. Before leaving home check if the basked contains a paper towel and bag to pack trash after finished feast. Wherever you organise your picnic, you should always clean up everything you brought and do not litter in public space.